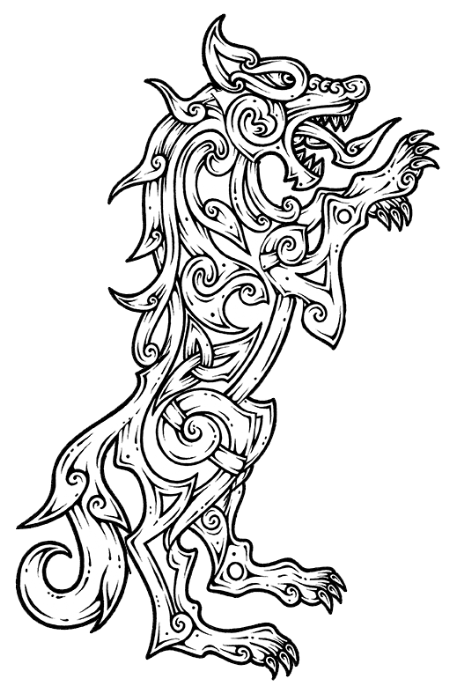 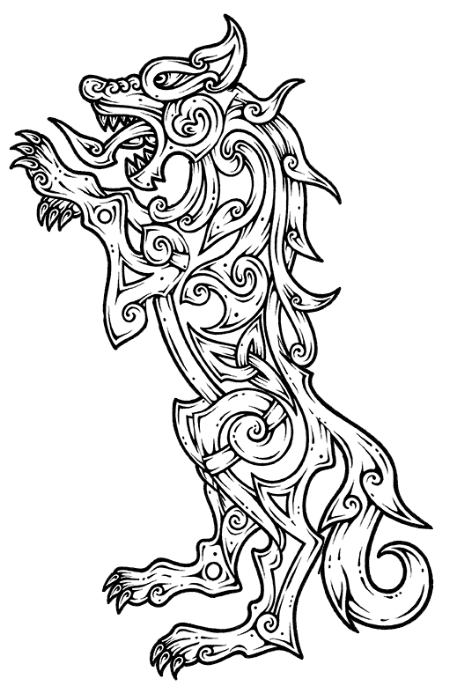 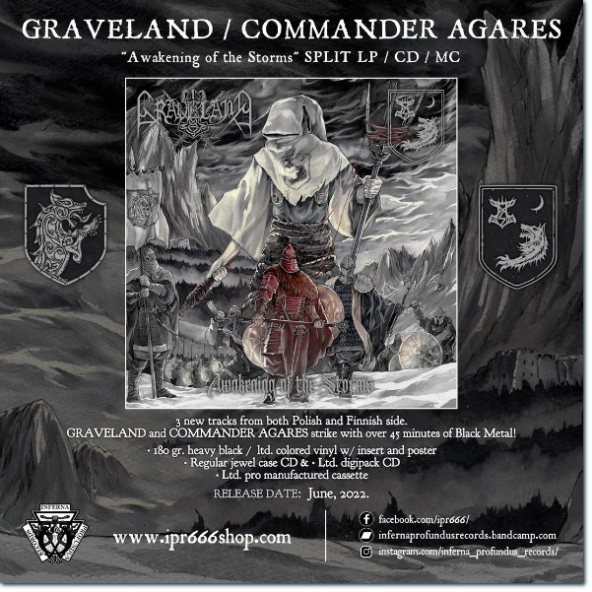 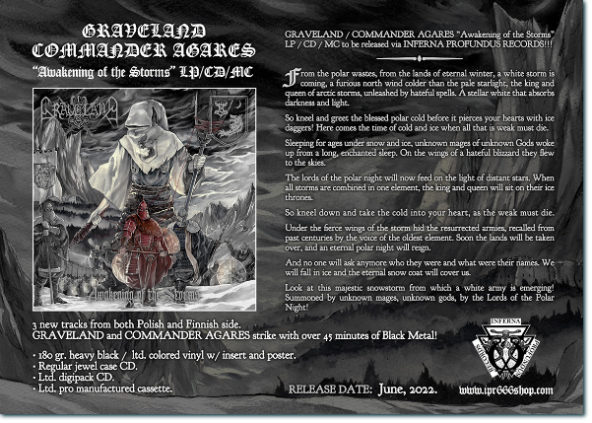 Graveland / Commander Agares “Awakening of the Storms”
LP / CD / MC to be released via INFERNA PROFUNDUS RECORDS!!!
From the polar wastes, from the lands of eternal winter, a white storm is coming, a furious north wind colder than the pale starlight, the king and queen of arctic storms, unleashed by hateful spells. A stellar white that absorbs darkness and light. So kneel and greet the blessed polar cold before it pierces your hearts with ice daggers! Here comes the time of cold and ice when all that is weak must die.
Sleeping for ages under snow and ice, unknown mages of unknown Gods woke up from a long, enchanted sleep. On the wings of a hateful blizzard they flew to the skies.
The lords of the polar night will now feed on the light of distant stars. When all storms are combined in one element, the king and queen will sit on their ice thrones.
So kneel down and take the cold into your heart, as the weak must die. Under the fierce wings of the storm hid the resurrected armies, recalled from past centuries by the voice of the oldest element. Soon the lands will be taken over, and an eternal polar night will reign.  And no one will ask anymore who they were and what were their names. We will fall in ice and the eternal snow coat will cover us. Look at this majestic snowstorm from which a white army is emerging! Summoned by unknown mages, unknown gods, by the Lords of the Polar Night!
3 new tracks from both Polish and Finnish side. GRAVELAND and COMMANDER AGARES strike with over 45 minutes or Black Metal!
180gr. heavy black / ltd. colored vinyl w/ insert and poster. Regular jewel case CD / ltd. digipack CD. Ltd. pro manufactured cassette.
Release date: June, 2022
More info: www.ipr666shop.com
Promo tracks you can listen via IPR youtube channel:
GRAVELAND - Lords of the Polar Night
COMMANDER AGARES - Rising Flames of Revelation 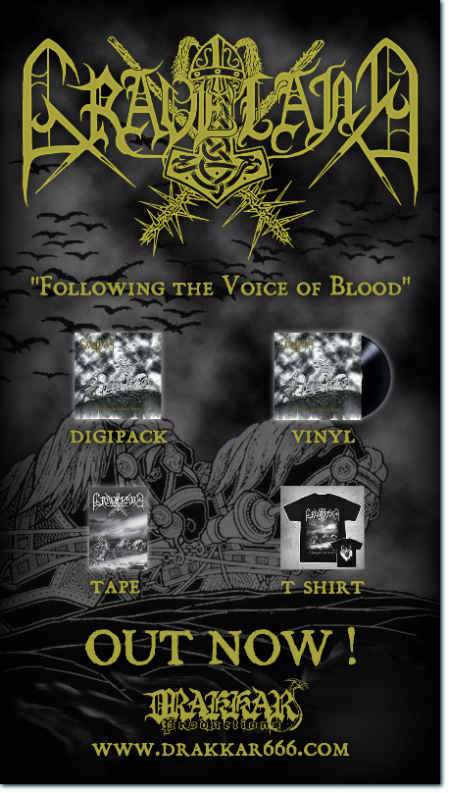 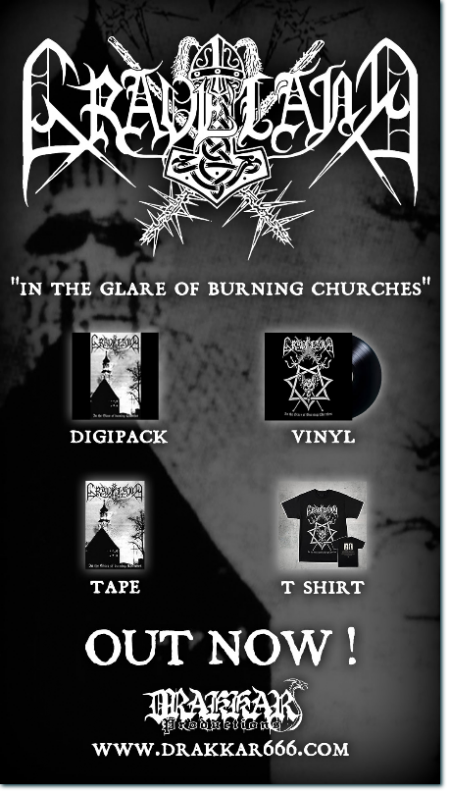 All versions of Graveland's "Following the Voice of Blood" and "In the Glare of Burning Churches"
(including vinyls) are now available on
Drakkar Records webshop!
www.drakkar666.com 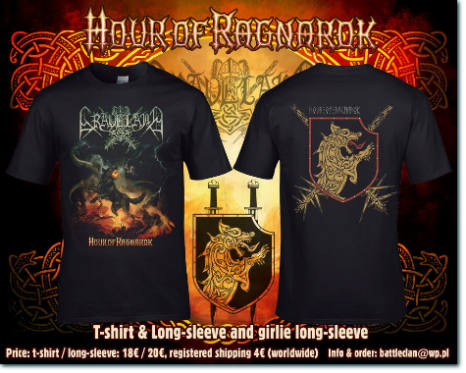 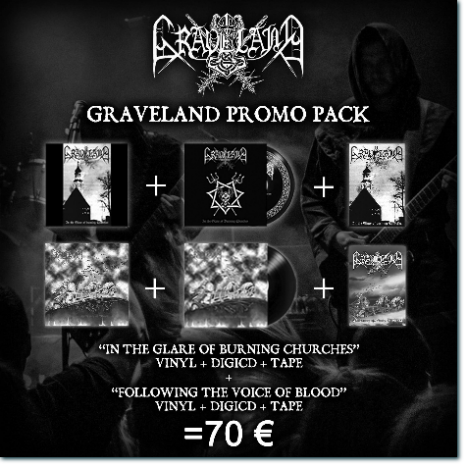 GRAVELAND
"Hour Of Ragnarok"
Wooden Box - Second Edition!
A support group for the second edition of the "Hour of Ragnarok" wooden box was created! A lot of people have asked about it. The first edition got sold out very quickly and many real Graveland fans didn't manage to get it. If you are interested in buying a box from the second edition, join this group and report your willingness to buy it in the posts! In this group, we will set pre-order for a new box! Thanks to this group, the Oath Records will know how many more boxes they need to make!
We will be gathering people willing to buy this box for a month, and then we will set a pre-order! If you are determined to buy it, join the group!
Graveland - Hour of Ragnarok - Woodend Box - Second Edition! 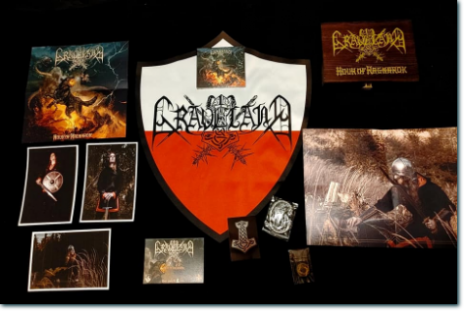 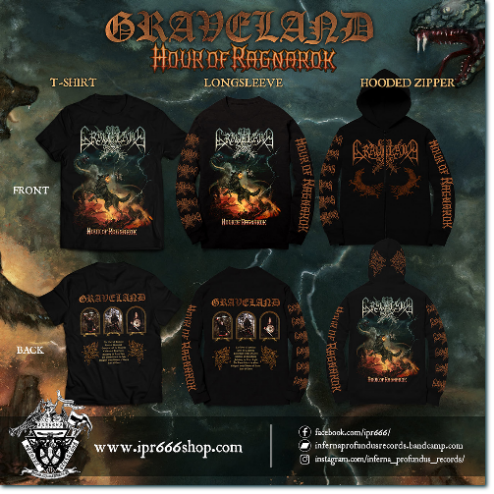 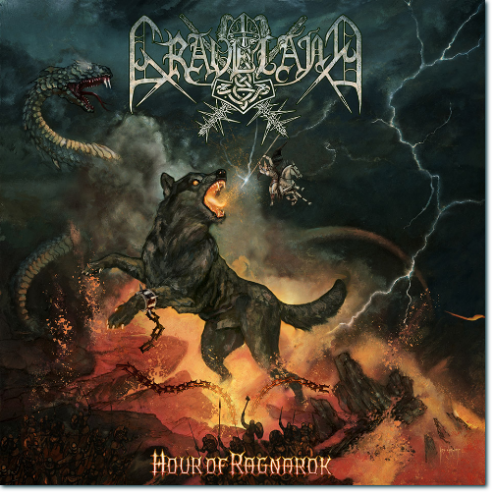 "Hour of Ragnarok"
New Graveland full-length album!
On the threshold of the coming Ragnarok, Graveland comes to you armed with a new full-length album, with music that was created from the ashes of past battles. The new songs that revived like a phoenix from legends and myths and the most epic Graveland works such as "Thousand Swords" are a continuation of this style of the band. Epic Pagan Metal! Here's the music to prepare you for Ragnarok! Music from the beginning of the history of Graveland, when it was recorded in a full line-up! A sword, arrow and spear held in a strong hand, hardened in sweat, blood and battle. “Hour of Ragnarok” was forged by a three-person line-up.
Three artisans of war weapons took care of it: Rob "Darken" - vocals, guitars, keyboards, Skyth - bass, Ahrin - drums. The songs for the album were created during last three years, but it was 2020 when the work gained momentum. It took a long time to compose and record the symphonic back tracks that makes up the epic background in music. This is a development of an idea that you could have already heared on the album "1050 Years of Pagan Cult". The album was recorded in the Italian studio Rocketbooster! We invite you to listen to this work and support the band!
Graveland exists only thanks to the support of fans! Thanks for it!
Up the swords! Thor's hammer on the chest!
The Oath Records, Inferna Profundus Records,
Forevere Plagued Records, White Wolf Production
Are proud to announce release of new Graveland album!
Out on: 2021 / Spring – Summer! 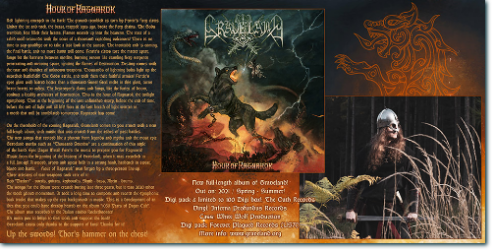 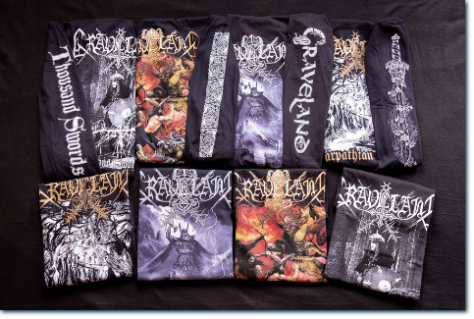 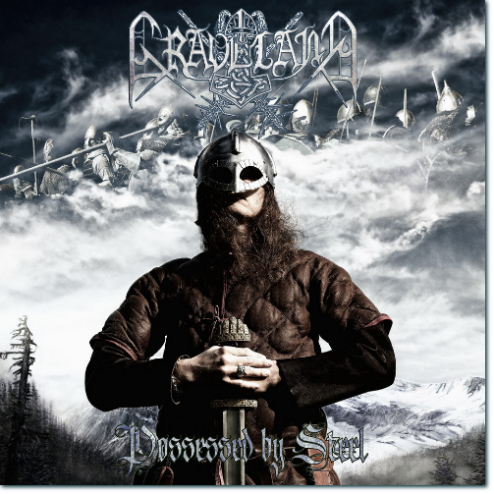 The Celtic Winter
Graveland "The Celtic Winter" LP
Coming soon on Forever Plagued Records...
next edition of GRAVELAND - The Celtic Winter LP
PREORDERS NOW OPEN! out in JULY 2021
after being sold out from FPR for awhile, welcome back with new design with total respect to the old school way and 1994 when the original release was put out! Spread the plague!
In hell we reign forever!
Available:
www.foreverplaguedrecords.com 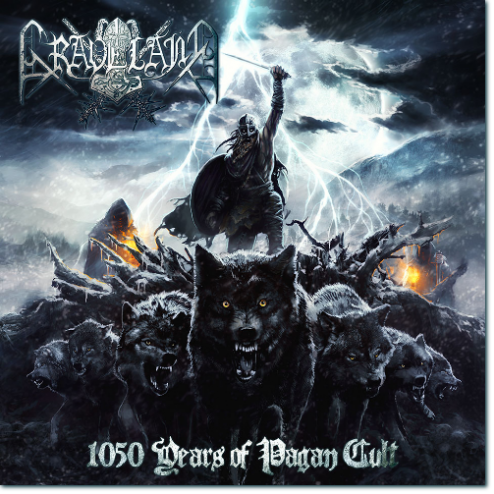 1050 Years of Pagan Cult
New release of GRAVELAND "1050 Years of Pagan Cult" - contains re-recorded CULT tracks!
Odium Records
CD and Digipack
"We fulfilled this album with old, cult stuff from the days when Graveland played Black Metal being inspired by the dark arts that once came from the grim, freezing north.
Some of our fans claim that those first releases are the best ones among Graveland discography.
They truly belong to all those great Black Metal albums that built the history of the genre!
I have decided to re-record those tracks again with a new line-up, consisting of very talented
musicians, to show the true strength of Graveland's melody and spirit!
Working on this album shared a time with an 1050 anniversary of the baptism of Poland that is so solemnly celebrated in my country.
It has inspired us to entitle the album „1050 Years of Pagan Cult”.
We are pagans and the believes of our ancestors are still strong and still cultivated by their descendants!"
Available:
http://www.odiumrex.com/webshop/ 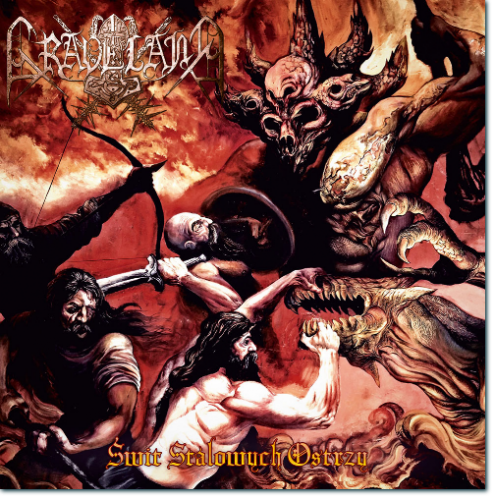